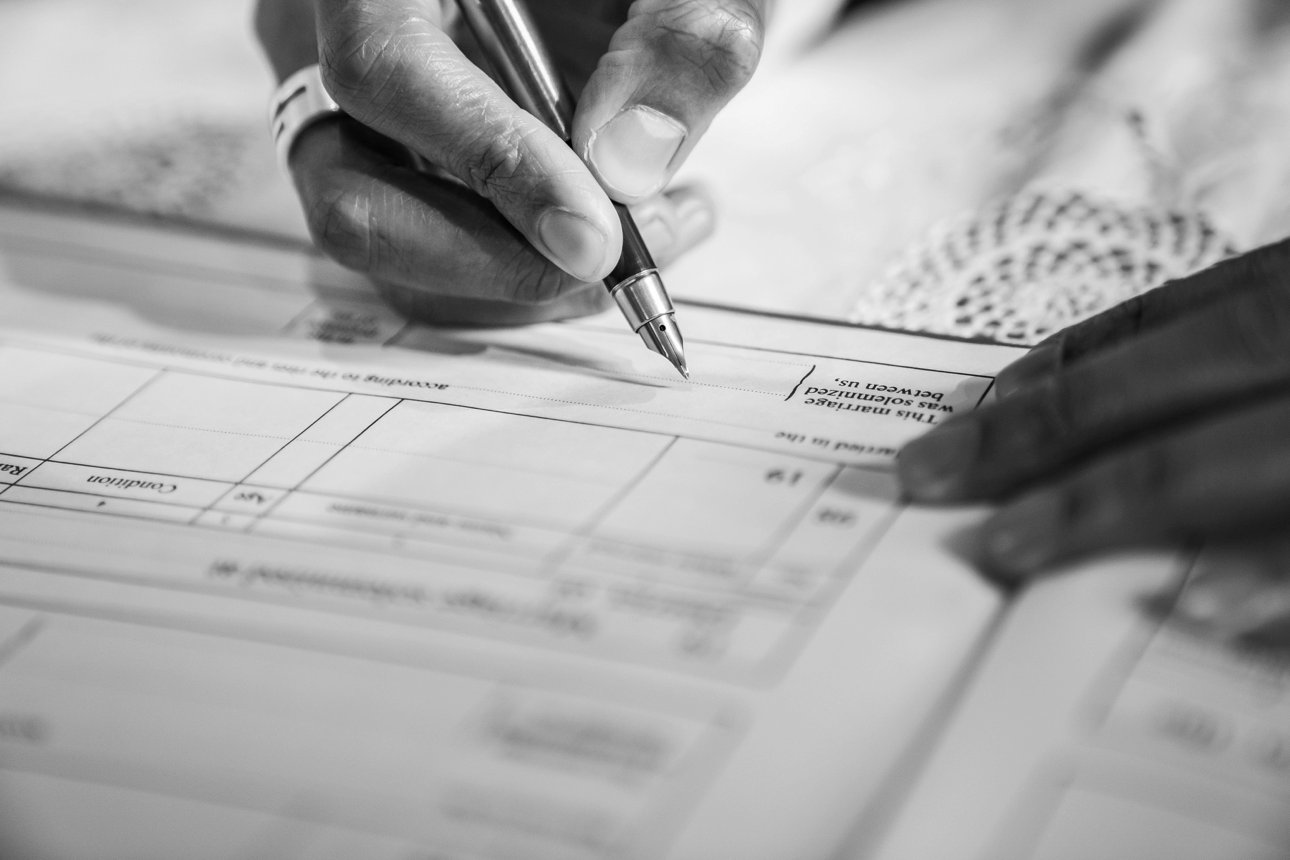 Mothers’ details will be included on marriage certificates for the first time from May 2021.

The Government is set to reform the law around the information to be contained within marriage certificates. A new system of marriage registration will form part of the reforms to the Civil Partnerships, Marriages and Deaths Act 2019 which are due to come into force in a few weeks’ time.

The marriage register will also be transferred online as part of the reforms.

Traditionally, marriage certificates have included information regarding newlyweds’ fathers only – their names, ages and their occupation.  There has been no mention of mothers (or a second parent, regardless of gender).

This dates back to the Victorian times and provisions introduced by the Marriage Act 1836, reflective of how marriage was viewed within the patriarchal society at that time.  Children were seen as their father’s property, brides were “given away” by their fathers and there was little consideration as to the importance of mother’s role within a child’s upbringing and life.

Awareness of the need for reform increased in January 2014 when a petition stating “marriage should not be seen as a business transaction between the father of the bride and the father of the groom” gained 70,600 signatures, and parliament began to take note. The then prime minister, David Cameron, had voiced support for the change and cited this as an “inequality in marriage”.

A draft bill was tabled in 2016 but Government focus was of course elsewhere (Brexit) and the issue seemingly fell by the wayside, until the last few months.

From May 2021, the details of the mothers of both the bride and groom (name, surname and occupation) will be included alongside details of their fathers.

The system for registering marriages will also change from May 2021, when the paper-based system will move entirely online.  There will no longer be a requirement to complete a paper-based formal register for marriage, and the legal marriage certificate will not be issued at the time of marriage. Instead, the parties will sign a marriage schedule issued by the register office (or for marriages taking place in the Church of England or Church of Wales following ecclesiastical ceremony, a marriage document).  This will contain all of the necessary information that will then be entered into the online marriage register, maintained by the Registrar General.

New and updated guidance will be issued by the Government on the gov.uk website for couples getting married, and guidance is being developed by the General Register office for registration officials and religious bodies to assist with implementing the changes.

As we are progressing towards a more equal society, views on marriage have changed, as have the reasons for getting married.   However, simple administrative changes to this straightforward but important document have failed to keep up with societal change.  This has led to difficulties over the years for those planning weddings, perhaps where their relationship with their father is not straightforward, or where a father has been absent and their mother, who has been the central figure in their childhood, is overlooked completely.

This is a significant step forward in recognising the reality of modern day life within formal legal and historical documents, such as marriage certificates.  The length of time that it has taken to introduce this legislative change is questionable, given for example that the details of each party’s father and mother (name, surname and occupation) are included on a civil partnership schedule, since civil partnership registration regulations were introduced in 2005. There is also already an electronic register for civil partnerships.

The move to an online system will inevitably make future changes easier to implement, which is a positive step forward.  The Registration of Marriage Regulations 2021 recognise that the system will allow more flexibility in introducing changes, and specifically cites the inclusion of same sex parents in the marriage entry as being one of the likely future changes to reflect our developing society.

However, there is a “sunset provision” within the new legislation preventing further reform for another three years. With this in mind, and noting that any further changes are likely to attract an additional cost to implement, and will require parliamentary approval beforehand, it is questionable as to why the update covers mothers and fathers only.

If these legal and historical records are to truly reflect a today’s society as a whole, then they need to reflect the reality of the plethora of modern family structures in existence today (including for example, same sex families, transgender parents and step families).

A step in the right direction, but one that sadly doesn’t quite go far enough.