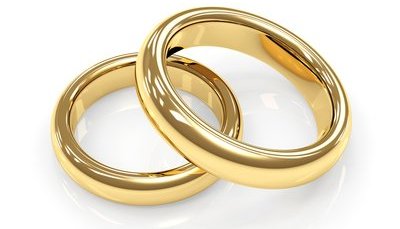 From today (10 December 2014), couples in England and Wales will be able to convert their civil partnerships into marriage, as much-anticipated legislation comes into force.

Following feedback after the draft regulations were published earlier this year, the Marriage of Same Sex Couples (Conversion of Civil Partnership) Regulations 2014 have been expanded to provide for conversions to take place at a (recognised) venue of choice.

Provided that the civil partnership was originally formed in England or Wales, civil partners will have a choice about how their civil partnership can be converted. Couples will be able to carry out a “standard” conversion at a register office or designated local authority venue, as an administrative exercise. Alternatively, couples can choose to have a ceremony as part of the conversion at any venue which is registered to carry out ceremonies for same-sex couples (such as religious venues, hotels and stately homes).

There are alternative procedures available for those who cannot get to a register office, such as housebound or detained individuals, and separate provisions for conversions to take place at a British Consulate in a country which has approved the process, and at army bases.

There is a greater fee of £91 payable by those choosing to convert their civil partnership in a different venue, but again, this will be reduced by £45 until 10 December 2015, provided that the partnership was formed before 29 March 2014. The fee is higher because there are more procedural requirements.

Civil partnerships are only available for same-sex couples. This means that if a transgender person is in a civil partnership before transition, they will need to convert to marriage when applying for their Gender Recognition Certificate.

If a person is married before transition, this will not affect this status. However, they will need the consent of their spouse to obtain the Gender Recognition Certificate.

Couples in Scotland will be able to convert to marriage from 16 December 2014, when the first same-sex couples will also be able to register to marry.

There are no plans to mirror the provisions in Northern Ireland.

At present, there are no provisions to enable those who have formed a civil partnership abroad to be able to convert to marriage in England and Wales.

In my role at TLT, I have been following the process closely and liaising with the Department for Culture, Media and Sport in respect of provisions for those who have entered into a civil partnership abroad. The Department has confirmed to us that those who formed a civil partnership or “civil union” abroad would need to end the existing union and marry, rather than being able to follow the conversion process.

I have clients who are affected by this and am continuing to liaise with the Department. If you are also affected, or know others who are, please let us know.

This article first appeared on the TLT website, http://www.tltsolicitors.com, on 10 December 2014.